Over the past academic year, St Matthias’ School Council has tried to make the school an even happier place for children to learn and to build relationships. We have tried out hardest to speak to our own classes about things that they want to improve or develop, and have then discussed these ideas as a group.

St Matthias School Parliament is made up of a group of pupils from Year 2 to Year 6, who have been elected by their classmates. The pupils who are elected into School Parliament will first be taught more about the role of Parliament at Westminster and will then be assigned roles that mirror those within the government. Our School Parliament meets twice every half term to discuss things relating to their roles, as well as anything that comes up in their class ‘surgeries’, when other pupils have the opportunity to talk about concerns or ideas that they wish to be discussed in School Parliament.

Visit our school’s writing blog to see some of the letters that we have written to Parliament, in order to find out what life is like as an MP.

How does School Parliament work?

How else will School Parliament help?

In addition to the meetings, School Parliament will: 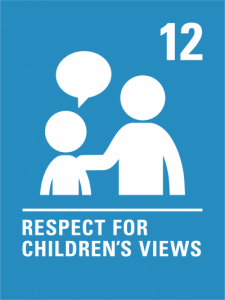 Remember, you have the right to have your voice heard (Article 12 of the UN Convention of the Rights of the Child).

If you want to be have you voice heard and become a member of the School Parliament, click here!